EPXCON 2016 is being held at the University of Iowa’s Art Building West located at 141 N Riverside Drive, Iowa City, IA on both Saturday and Sunday. This event is for people who is interested in game development or, like me, just like to play games when they have a free moment.

Crowd in the Auditorium at EPXCON Game Dev 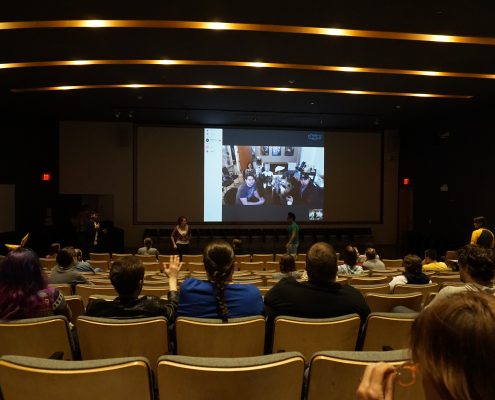 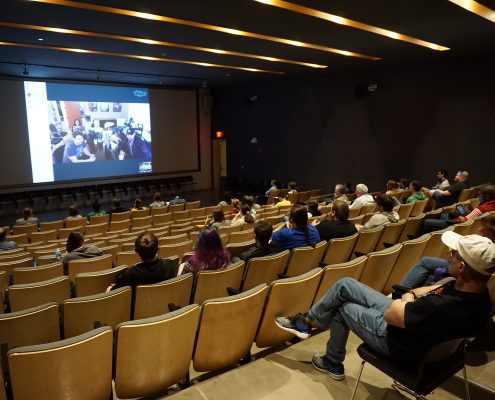 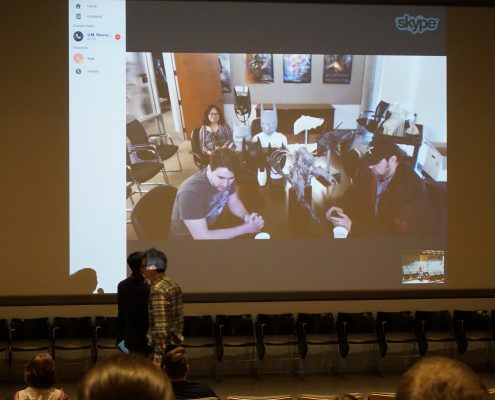 You may recognize Eric Neuhaus from one of my other blog posts about game dev. He is showing off several of his new games at this year’s EPXCON. Eric is trying to get his most recent game Crystal Control II on Steam. Like he said, if he was making music he’d want to be on iTunes, seeing that he’s making games and he’s trying to get it on Steam. 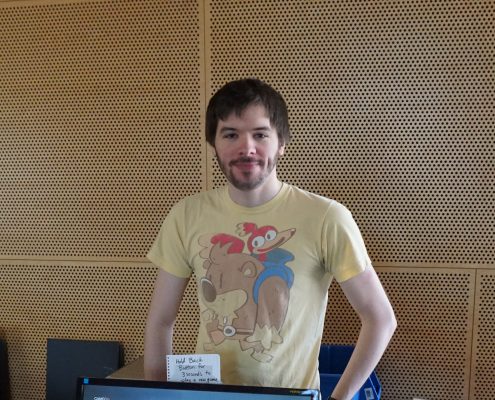 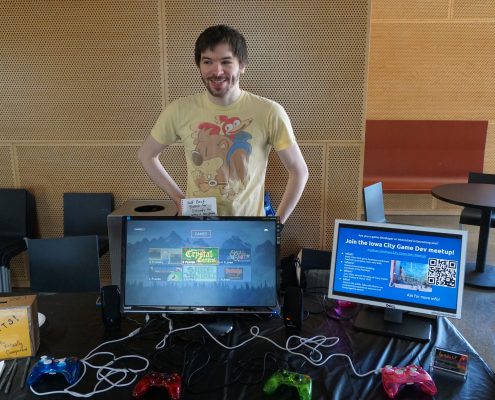 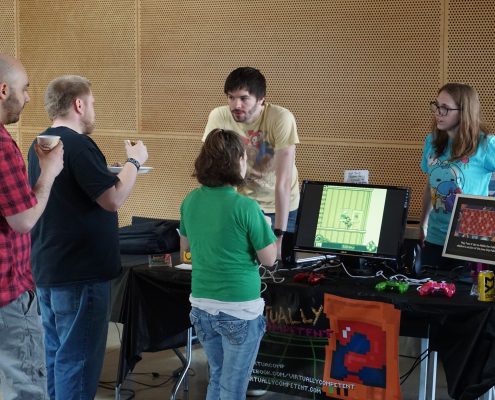 I had a blast playing Diego Floor‘s game. He has been working on this game off and on for 3 years. You can play his addictive game called Apple and Worm: Patching holes in spacetime online now! It’s a fun game that still has some glitches, but definitely one of the several great games at this event. 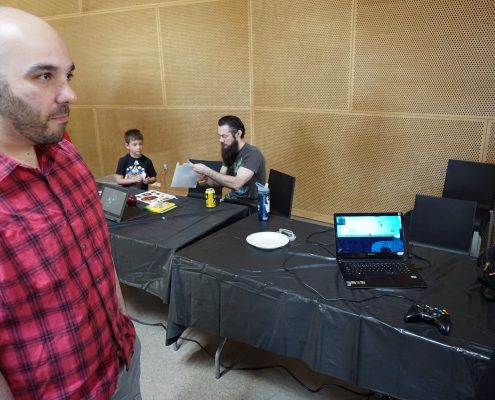 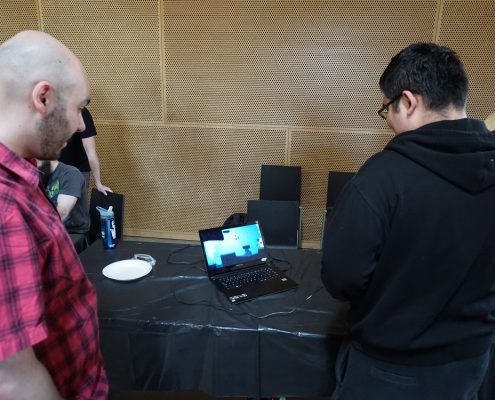 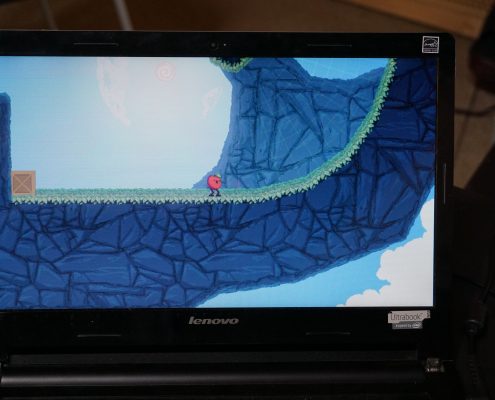 Hung out playing bit Dungeon II at the KintoGames booth with the designer and his son. You can buy it online from Steam today. 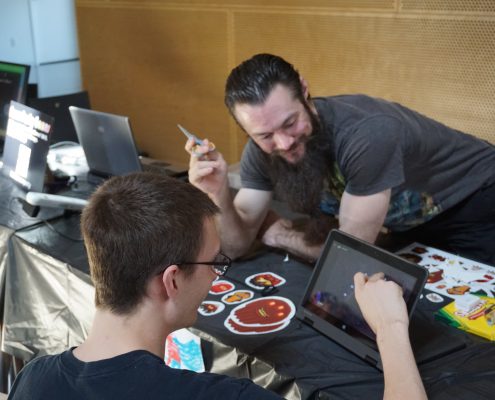 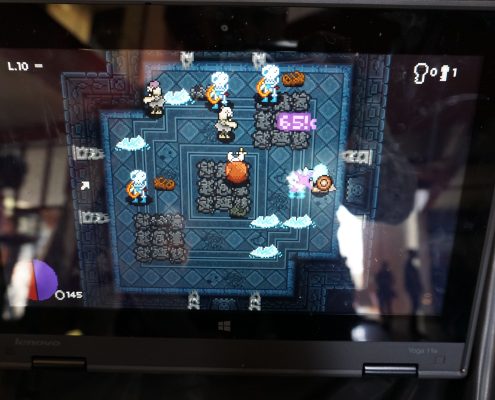 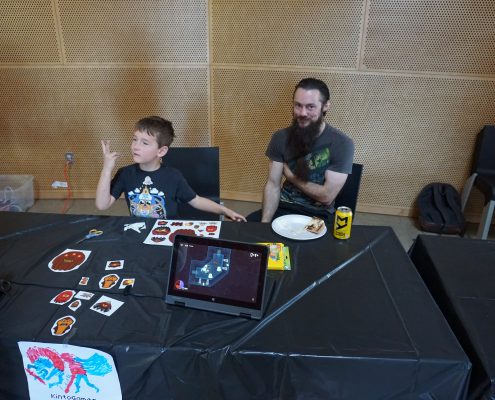 Over all, this place was kinda dead. Unfortunately the promotion of this event isn’t what it should be! I, myself, didn’t hear about this event until last minute (thanks Eric Neuhaus). It is the 5th year that the University of Iowa has held this event. I’m hoping the word gets out better next year because the games from local designers were quite impressive. Alone there were conferences being held upstairs for aspiring animators and game developers! It’s a must go for any game dev in Eastern Iowa! 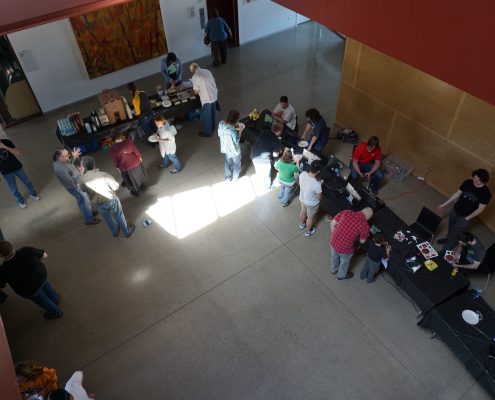 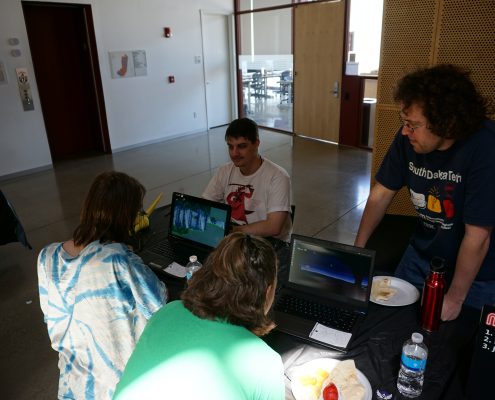 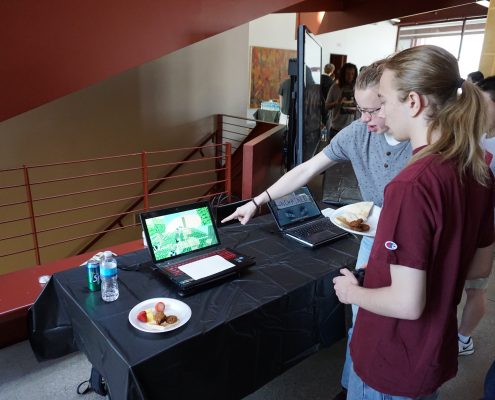 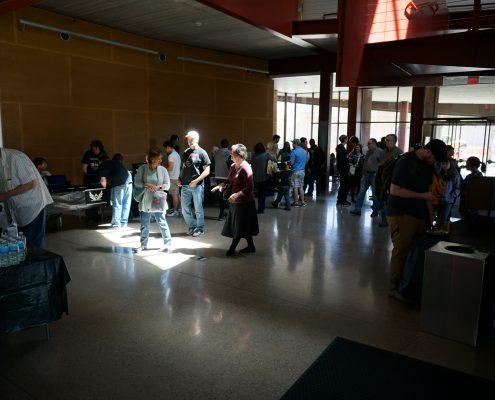